This is a re-post- about a shy creature called "Hermit Crab". 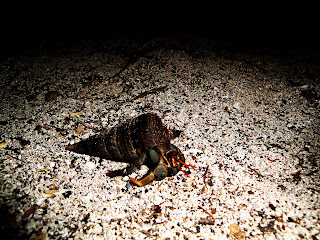 This happens during one of our trip to Mauban, Quezon. 3-4 hours road trip from Manila to Lucena City... then another 30 minutes to Town Proper of Mauban, Quezon, if my memory serves me right. Then another 15 minutes boat ride to Cagbalete Island where we will stay overnight.
Without much night activity in a secluded Island, we are fascinated watching these lovely creatures rush to the sea. Take note, there are lots of them and their trails create an abstract markings on the sand. At broad daylight, akala mo mga empty shells lang sila na nakakalat sa buhangin. At night, these shells slowly move and make their way towards the shore. 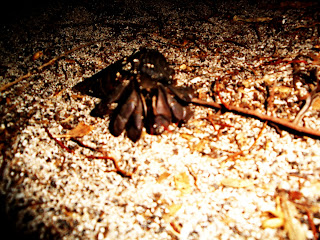 To learn more about them, dinalaw ko ang site ni Wikipedia: And these is what I found: (www.wikipedia.org) 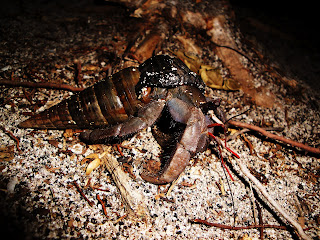 Most species have long, spirally curved abdomens, which are soft, unlike the hard, calcified abdomens seen in related crustaceans. The vulnerable abdomen is protected from predators by a salvaged empty seashell carried by the hermit crab, into which its whole body can retract. Most frequently hermit crabs use the shells of sea snails(although the shells of bivalves and scaphopods and even hollow pieces of wood and stone are used by some species).The tip of the hermit crab's abdomen is adapted to clasp strongly onto the columella of the snail shell.


As the hermit crab grows in size, it has to find a larger shell and abandon the previous one. This habit of living in asecond hand shell gives rise to the popular name "hermit crab", by analogy to a hermit who lives alone. Several hermit crab species, both terrestrial and marine, use "vacancy chains" to find new shells: when a new, bigger shell becomes available, hermit crabs gather around it and form a kind of queue from largest to smallest. When the largest crab moves into the new shell, the second biggest crab moves into the newly vacated shell, thereby making its previous shell available to the third crab, and so on. 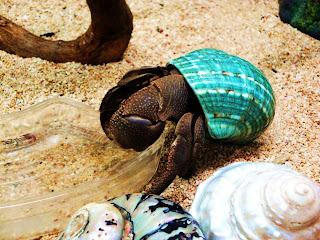 Back to Manila, I was surprised to find them in one of the Kiosk inside the Mall for "Sale". Pardon my ignorance, but from wild life to being inside the glass cage? Nakakalungkot lang! Hindi kesyo Hermit Crabs tawag sa kanila eh you have the freedom to send them to isolation. Sabi nga ni Wiki, they are social animals that do best in groups despite their moniker. And based on my observation, that was quite right. Back there in Cagbalete Island, in their well suited environment, their own place in this world,  we witness it ourselves how they live their own peaceful life. Sa tingin mo masaya sila sa Colorful shell na kanilang kinalalagyan? Oo maganda sa tingin, sabi nga ng mga nakakita sa display, ang cute!!! 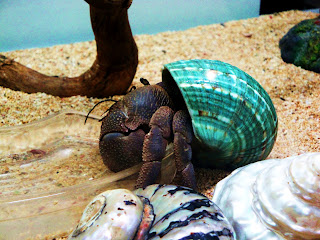 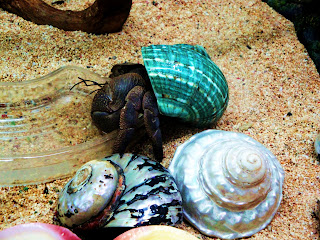 At pag may nakabili na sa kanila, asahan mo, bilang na ang araw nila dito sa mundo. Most of you would not agree with me, but this is my observation.

Hayop man, may karapatan ding maging malaya....
Posted by Mar Verdan at 11:45 AM 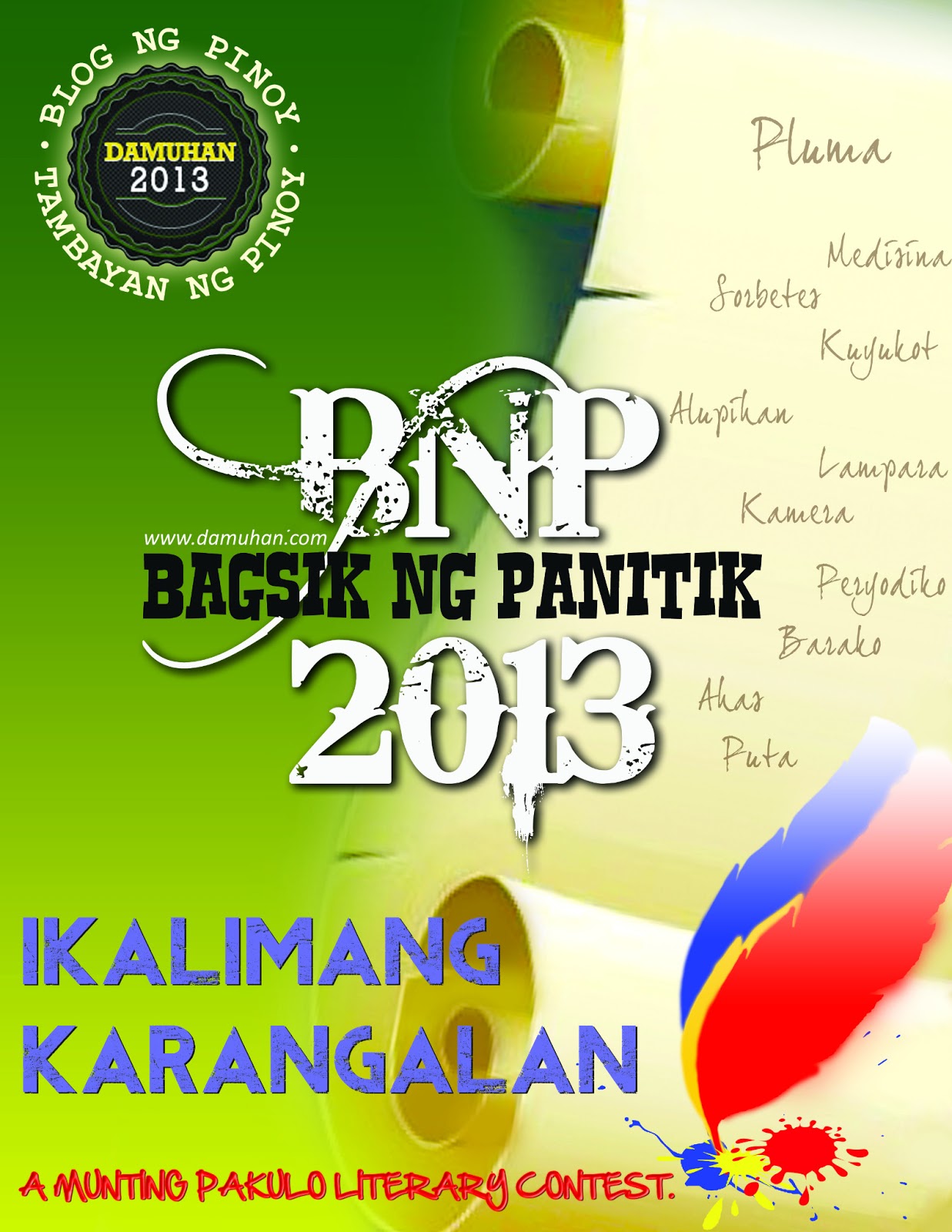